The pond was one of the first features we worked on. It was also a controversial decision. Atul wanted a pond, to fill it with aquatic plants, fish and ducks. I did not want a pond at all. We started this project exactly 2 years back, April 2008. I’m glad we built it though. It has potential to look nicer than it does currently, but overall its a pleasant feature. We get a direct view of the pond from our dresser window on the first floor of the house.

This is one of the earliest pictures I have of the pond. We got a JCB to come in and dig the basic shape, which Atul and I marked out using a garden hose. We thought a little island towards one side would look good. Atul thought the pond inhabitants would get some shade in the summer months, so the island was built. The pond’s about 2ft deep on the island side, and about 5ft on the other end. 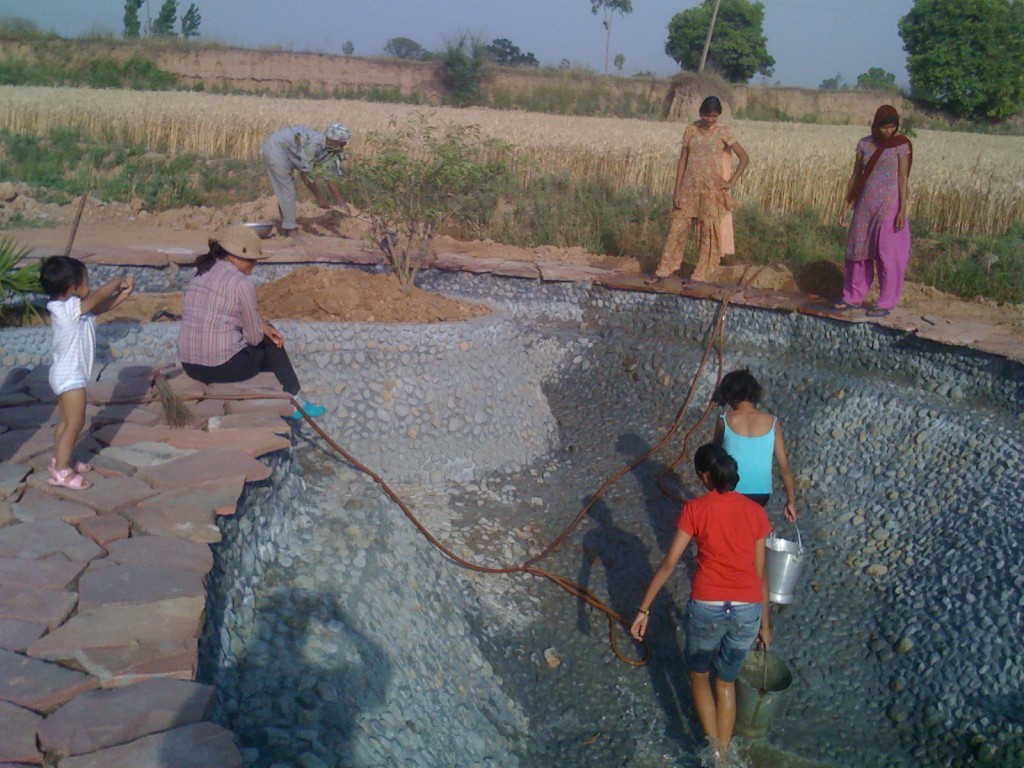 Initially we clad the entire inner surface of the pond with stone, however that was a bit of a fiasco, since the water level started to deplete too quickly. We had to further layer it with concrete to make it watertight. In the above picture, we spent one whole day draining the pond so that the concreting could be done over the stones. Those are the kids pulling out buckets of water.

This is what the pond looks like today. Have planted some fish tail palms on either side, but am worried now that they’re too close together… lets see, they take forever to grow in any case. 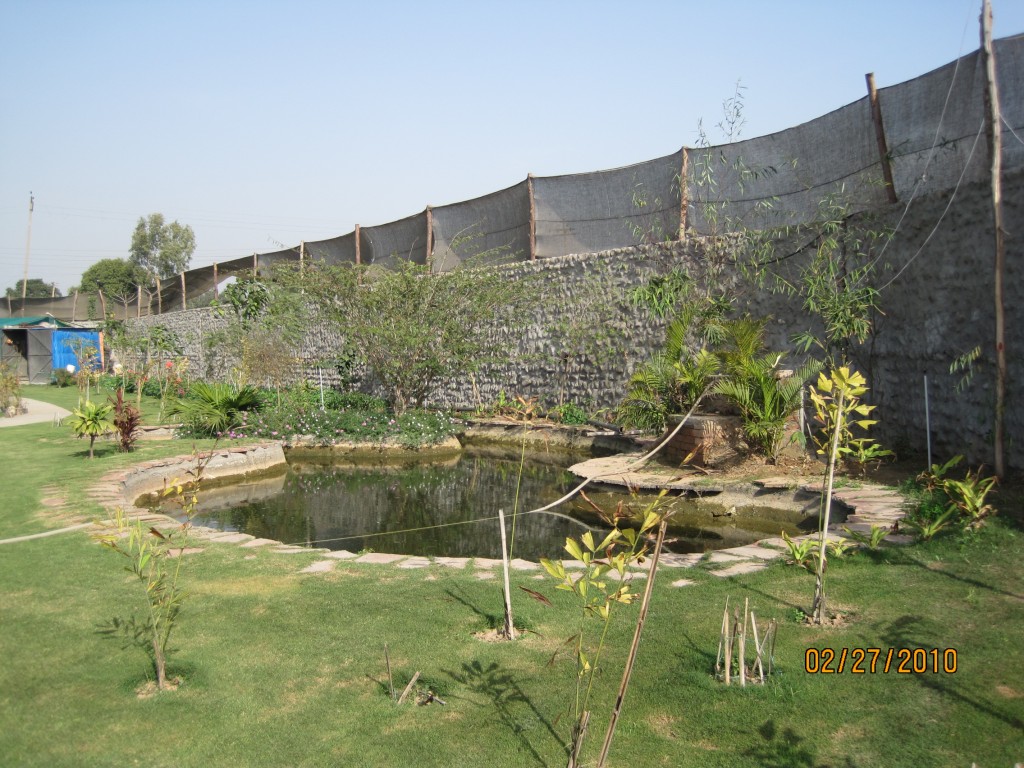 Last year we put a whole lot of fish seed into this pond, hoping to see some adult fish in the coming months. Atul and I did not see a single one. The caretaker, when asked, would say “they’re this big!” and hold out half the length of his arm, roughly 14 inches. Once in while, when asked again he would say, “they jump and splash early morning and late evening”, both times when we would not be around.

Anyhow, eventually we figured he probably fished for them and cooked them for his dinner, because when, in frustration, we drained the pond one day, we only found a couple of toads in there 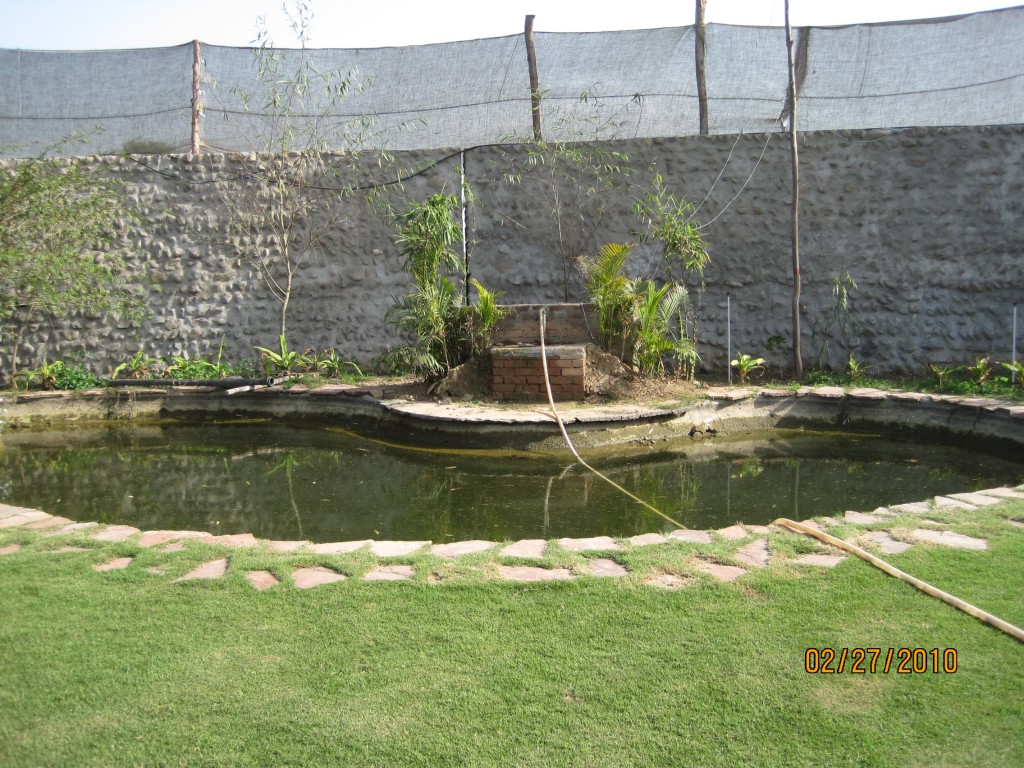 As part of the original design and plan we’d thought of doing a little waterfall right where you see the water hose fitted above. This part of the pond is a bit of a mess currently, so we planted some foliage to somewhat hide it till such time we figure out how to handle this.

The good news is that we had already fitted the water circuit, motor etc. so when you turn it on, water does flow through the top, so essentially we only have to figure out how to design the water path to flow back in to the pond. Currently, this entire contraption is being used for the water required for curing the house construction. The pond came in handy for this purpose, which is a good thing, we did not need to construct a separate tank for water storage for curing.